Aircraft are an important machine within One Million Worlds, allowing the player quick transportation and an offensive platform against hostile machines but also representing a significant threat in the form of hostile Aircraft.

It is far easier to create most of the basic shape of the aircraft while its still connected to the main world because it won't float away or try to recombine. This airframe can be build of any passive block. This example will build it out of stone, that well known aircraft building material 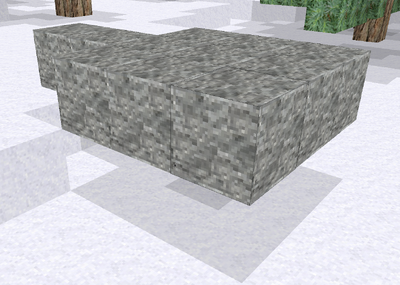 2 Add thrusters to the airframe[]

Thrusters provide... thrust. They provide an easy way to move machines around. You'll want two on the back to move the machine forward and one on the left and right at the front to rotate the machine. 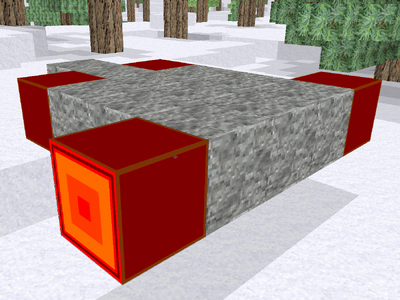 The anti grav block allows the machine to float, turning it into an aircraft. The stabiliser block applies a force to the machine to try to keep it flat and level, you'll want that for most aircraft. 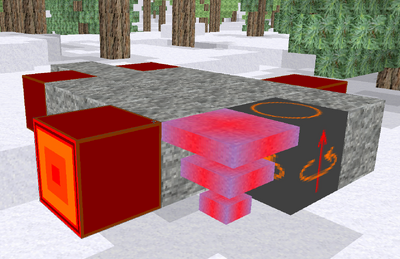 4 Disconnect the machine from the main world[]

If you remove all the connections between the machine and the main world it will break off and start to float away (or if you didn't add the antigrav block, it will fall down) 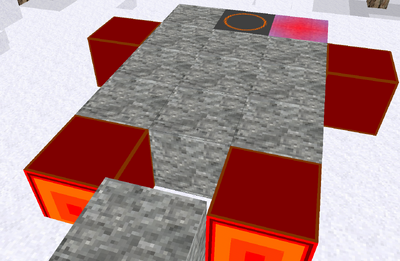 5 Wire up the thrusters to buttons[]

In the simplest case you can control the thrusters using buttons. Add buttons directly onto the left and right engines and a single button for the rear engines. Then use wires to connect that rear button to the rear engines. 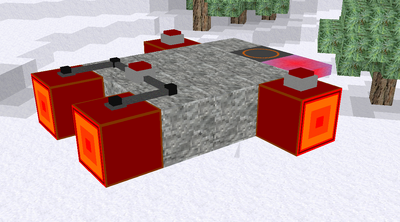 But this thruster isn't connected to the wire, it just has a wire above it:

The aircraft should work at this point interact with the buttons to turn the engines on and off and take it out for a flight.

6 Replace the buttons with a command chair[]

The buttons are "fine" but don't give you natural control over your aircraft. A command chair will allow better control. Remove all the buttons and place a command chair in line with the left/right engines. 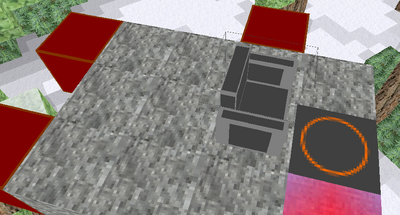 7 wire up the command chair[] 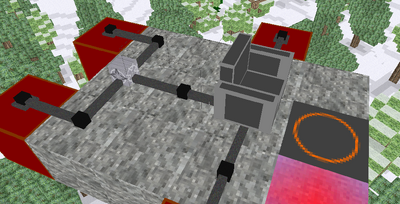 At the point where the wire splits a junction box will have formed, be aware that a junction box has one input and the rest are outputs. Make sure the input come from the command chair, interact with the side of the junction box that you want to be the input. 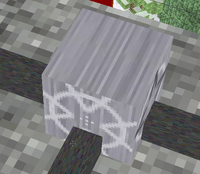 You can now sit in the chair by interacting with it. At this point you can use the W, A and D keys to control the aircraft. You can use the manage key to change what keyboard keys are bound to which output.

This aircraft will work and can take you from place to place, but can't control its height. You'll likely want to add more thrusters to allow you to go up, down and backwards. You might need the command chair extender block to have more than 4 outputs.